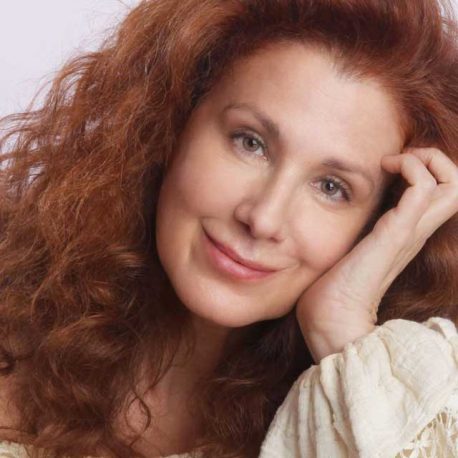 Suzie Plakson is more than just Worf’s baby mama…she’s an actress, singer, writer, and even sculptor! Or as she calls herself, a “Multimedia Artist at Large.” You know they loved her at STAR TREK, as she played a Klingon (K’Ehleyr), a Vulcan (Lt. Selar), an Andorian (Tarah) and even a member of the egotistical Q Continuum!

You’ve also seen her on lots of other shows, too, including MAD ABOUT YOU, EVERYBODY LOVES RAYMOND, and LOVE & WAR. She voiced several characters —including a brontosaurus real estate agent — on DINOSAURS. She has acted in movies such as DISCLOSURE, RED EYE, and WAG THE DOG. She wrote and performed an allegorical solo show, “An Evening with Eve.”

As a singer/songwriter, Suzie recently released the alternative country rock album “DidnWannaDoIt!” produced by Jay Ferguson. She also sculpts and writes — samples of both are viewable and readable on her website.

Suzie makes every character she plays distinctive and memorable. We’re so excited she’ll be joining us at WonderFest 2020!